One of greatest things about the Valiant Universe is the well developed history that exists.  Literal millennia of history exists in the universe’s lore, and one of the richest histories is the legacy of Shadowman. Jack Boniface always knew that he wasn’t the first Shadowman, and that the loa that gave him his powers has existed for a very long time.  However, one of superstar writer Andy Diggle‘s missions with the newest volume of Jack’s adventures is to show Jack and the readers how much we DON’T know. 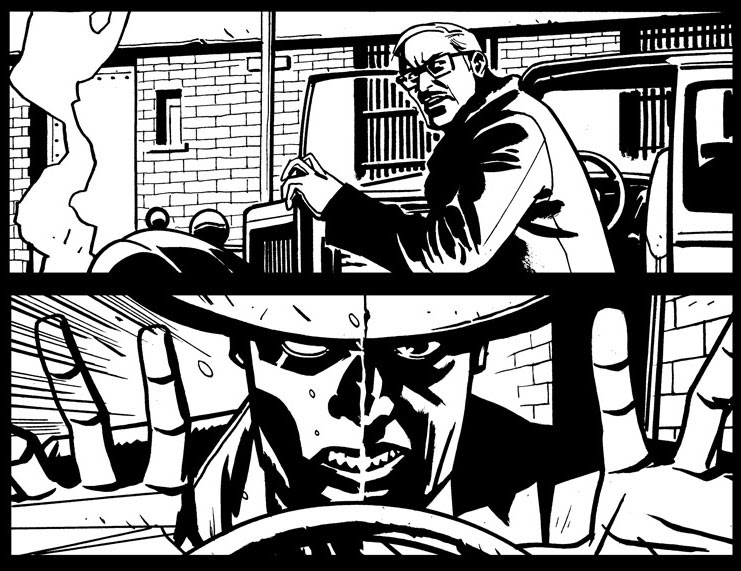 In the aftermath of the current arc, “Fear of the Dark”, Jack will find himself untethered from time and spiraling backwards to witness the history of the Shadowman first hand.  In “Dead and Gone” Jack witnesses the histories of three different Shadowmen, in the hard boiled streets in 1940’s New York City, the fire scorched plantations of the Civil War, and all the way back to the African savannah of 40,000 BC!
Diggle is joined in this arc by a killer’s row of superstar artists, beginning with Shawn Martinbrough (Black Panther: The Most Dangerous Man Alive) and continuing with Doug Braithwaite (Justice) and Renato Guedes (Wolverine), bringing the reader and Jack to an understanding of the full scope and power of the legacy of Shadowman.
In addition, fans can order Shadowman #4-11 as a bundle to get access to bonus content in each issue, such as commentary, artwork designs and more, all wrapped up with exclusive covers by Hannah Templer (Tomb Raider).
Check out these pages and covers from June 20th’s Shadowman #4 and be sure to order before final order cut-off on May 28th: