ComixTribe has announced what they’ll be bringing to New York Comic Con 2018 this week, including the return of its best selling series of all time, the crime horror series SINK, and the debut of the new dark fantasy series, Wailing Blade. You’ll find both at Booth #1765 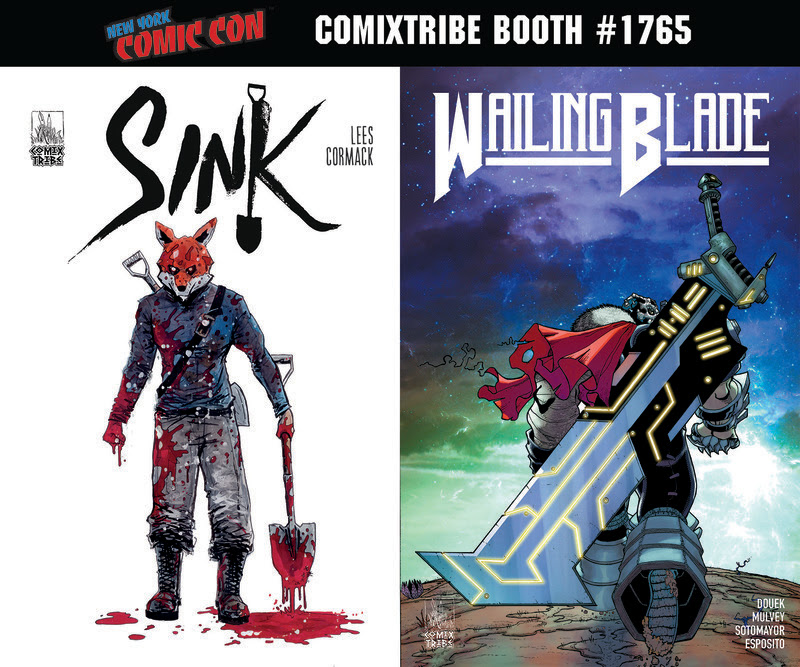 In SINK #6, titled “Death and the Midden”, Lees and artist Alex Cormack return to the crime horror cult with a new super-violent chapter in which a young nurse wakes up in the back of a blue van, surrounded by murderous clowns…. And her night only gets worse from there! But in her fight to survive, she’ll discover just how resourceful — and dangerous – she can be.
Wailing Blade #1 is a “bloody, brutal fantasy adventure” from writer Rich Douek (Gutter Magic) and artist Joe Mulvey (SCAM). Douek & Mulvey are joined for the series debut by colorists Chris Sotomayor and Jules Rivera, letterer Taylor Esposito and the issue features a cover by Declan Shalvey.
To bring some of these exclusive books to market, ComixTribe has partnered with Ivie League Comics, Mutant Beaver and The Comic Mint.
SINK Volume 2 “Blood and Rain” begins with SINK #6, an extra-sized issue that will be available with three New York Comic Con exclusive covers, a month before it releases in the direct market.
SINK #6 – New York Comic Con Exclusive Cover by Alex Cormack (ComixTribe Exclusive) – LIMITED TO 350 COPIES 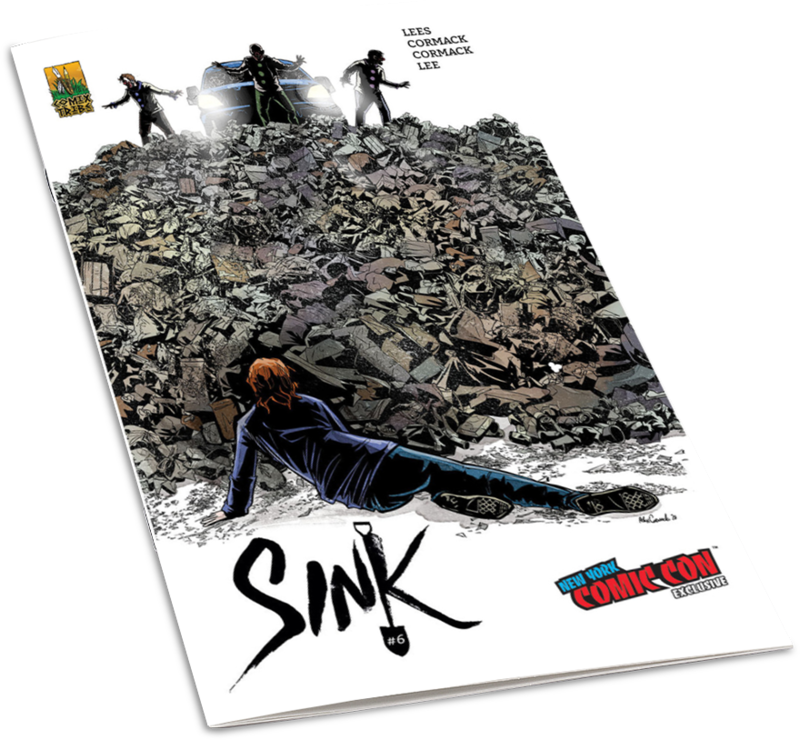 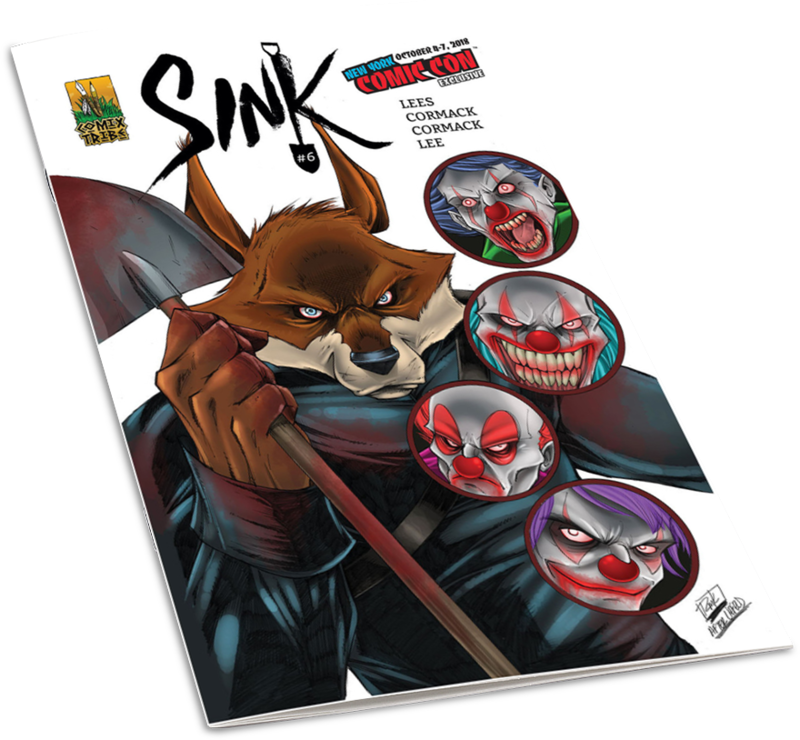 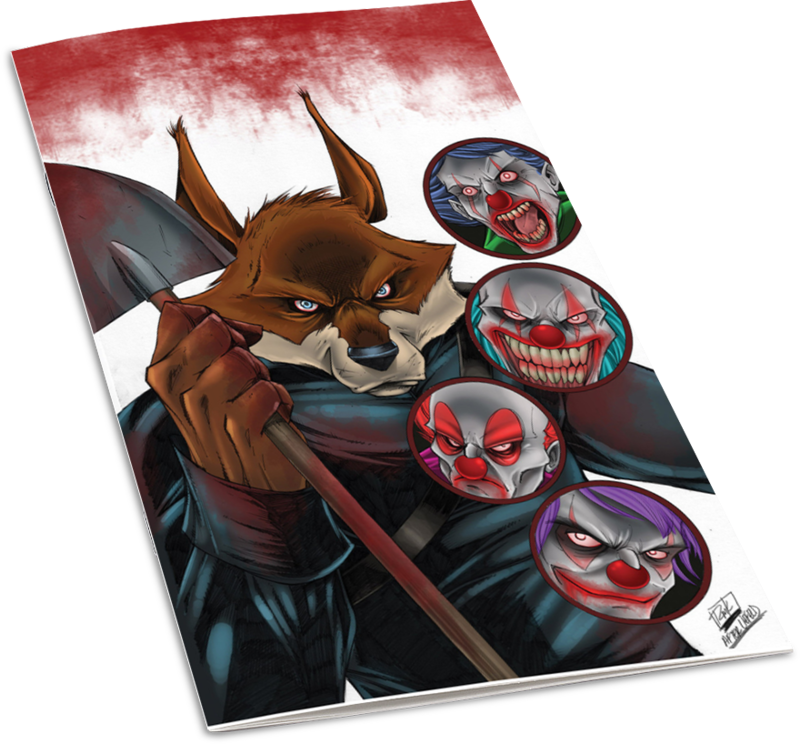 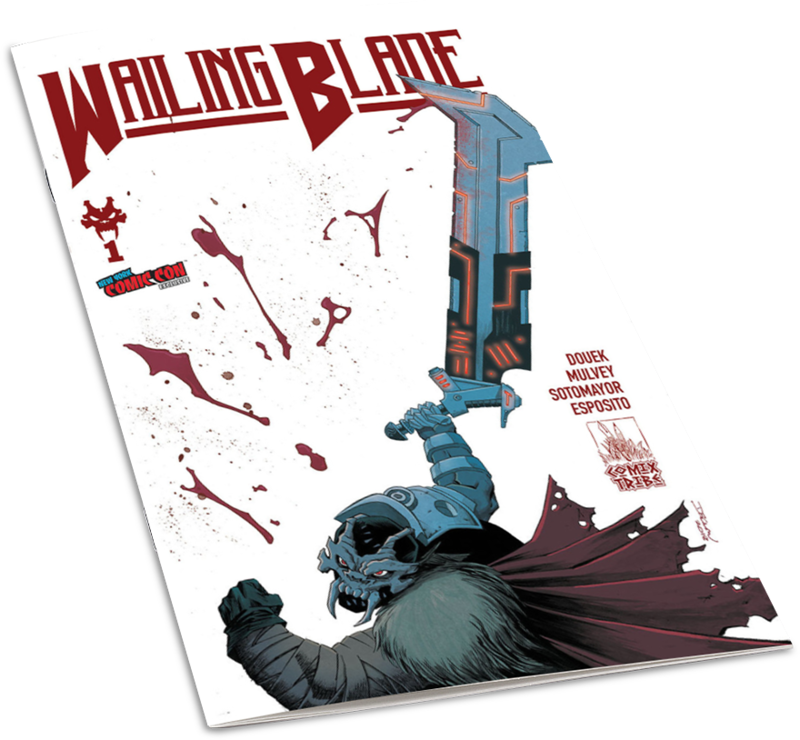 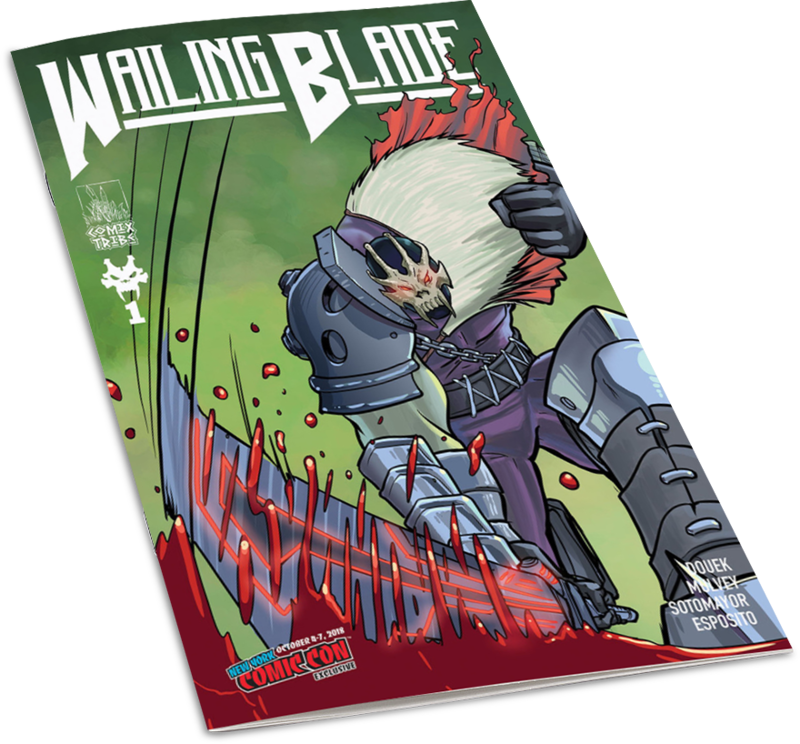 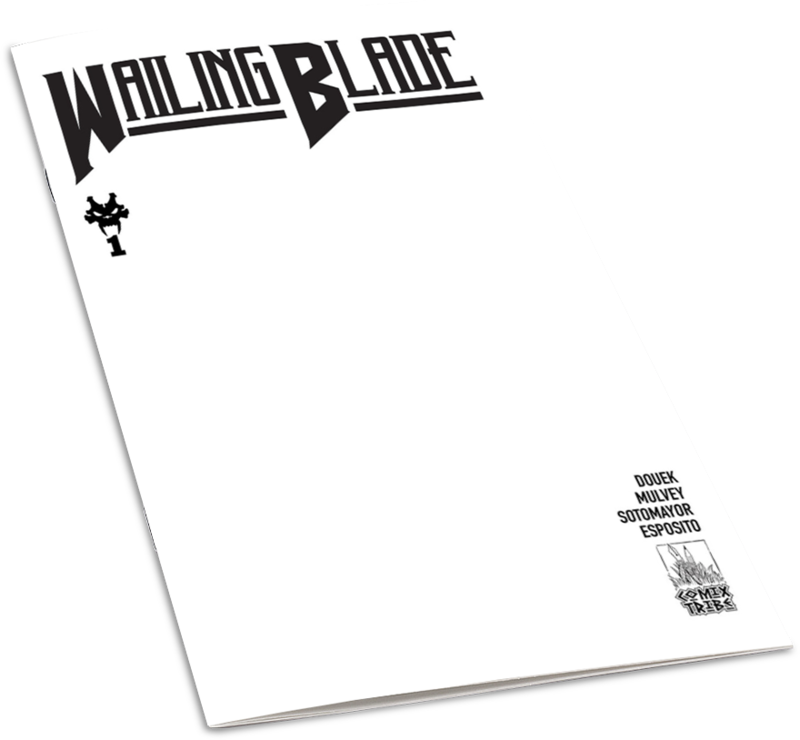 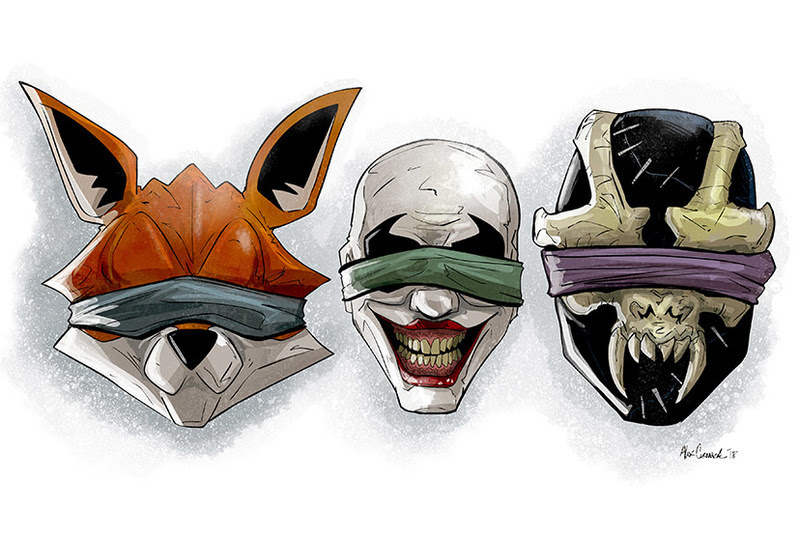 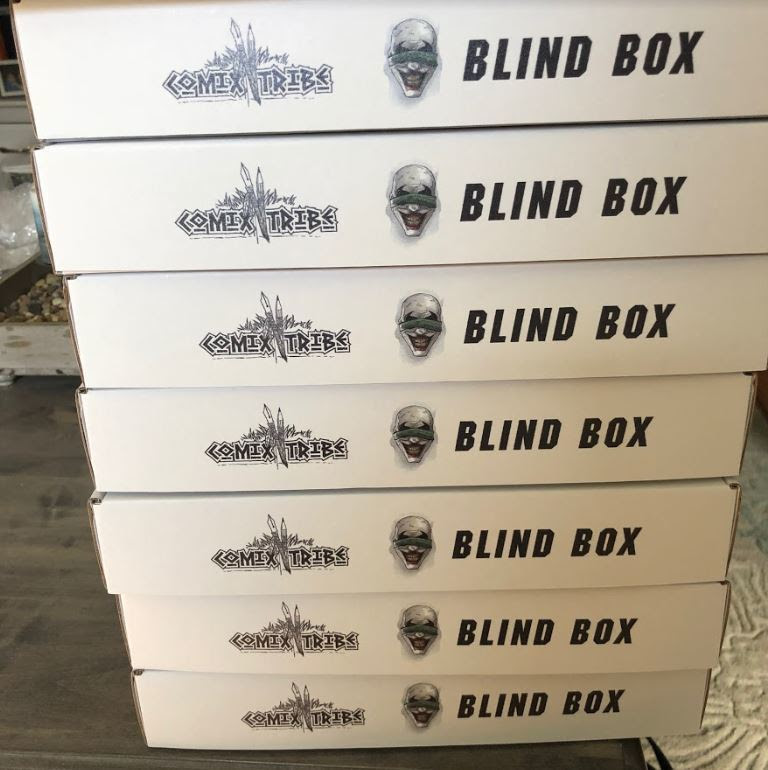 Early Preview: Archie #700 Ushers In A New Era Of Riverdale

An Ending, Not A Conclusion: Reviewing ‘Excalibur’ #26