While Duncan and Bridgette face down Lancelot du Lac, Rose has here hands full when stooges of the UK government come a knocking. Seems Mary and her family may have gone bit too far this time in ‘Once & Future’ #16

The legend of King Arthur is nothing in not malleable. And so it is no surprise to me that for much of Once & Future thus far, many characters speak of stories and changing such stories to suit their own vision, for their own purposes. Duncan himself has taken on a number of mantles so far, and seems to fit them very well, although they have been variations of the archetypal hero so prevalent in literature throughout the ages and throughout various cultures too.

But whatever the story that Merlin wishes to change, the age-old link between King Arthur and the land remains a constant. Even if stories, characters and situations shift. As we have already witnessed with both Perceval and Galahad cast as the Holy Grail knights. Depending on which version of this particular legend you lean towards will detain which of the two are the true and pure knight. The reality is that they both are.

Mary, the mother of Duncan who you simply cannot help but feel some sympathy with after learning of her own story last issue, has been Elaine and now Nimue. Again two characters who have both been cast as the Lady of the Lake in past versions of the Arthurian story. You can see what a deep and rich well Kieron Gillen has to dive into. He is but another writer adding to the legend with his own twisted version of an Arthur, cast as an undead nationalist and making a return in Once and Future #16. 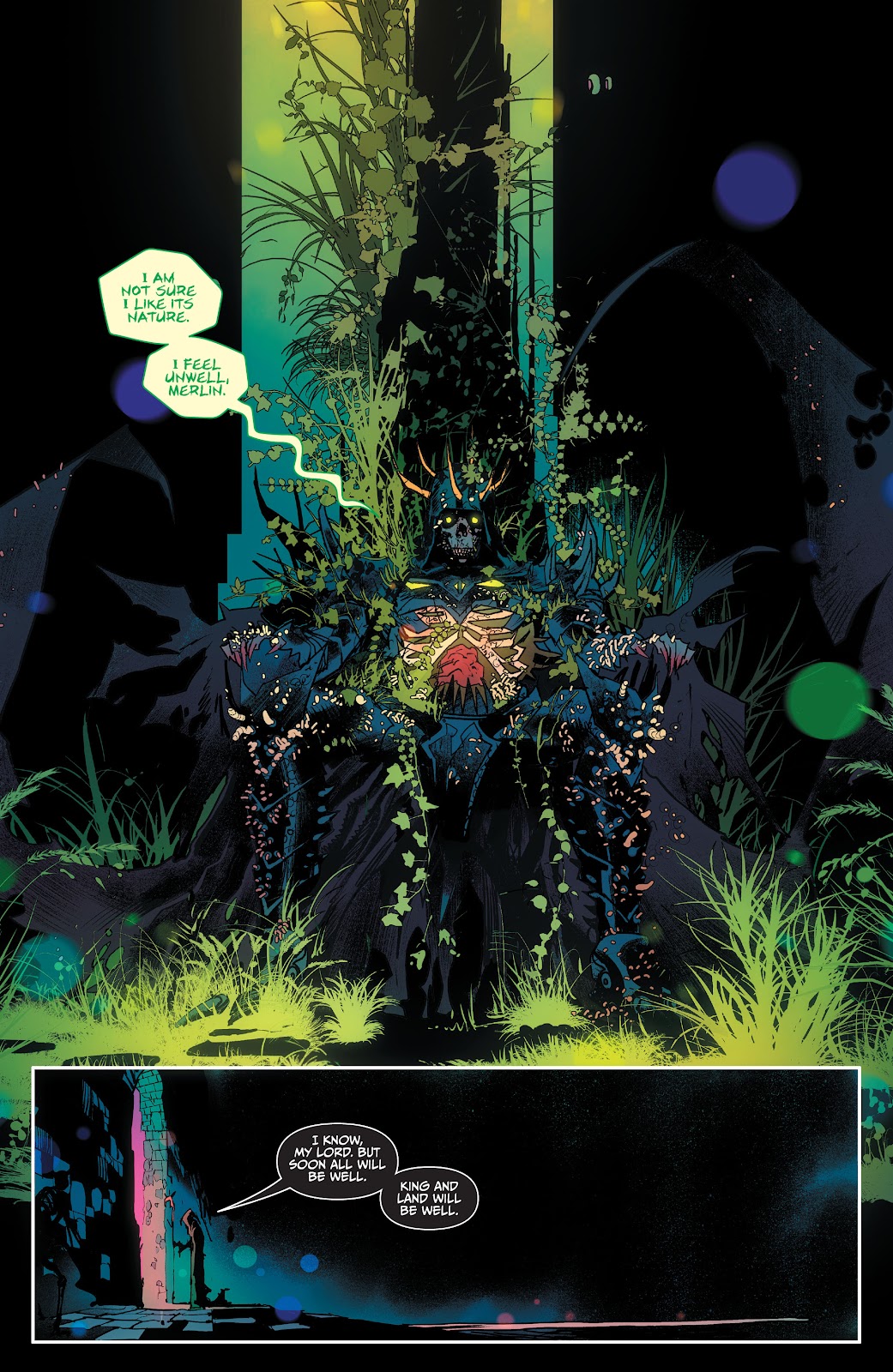 Of course, there is more than one villain in this book, and I can’t think of bigger villains than the UK government. While I wouldn’t pin down Gillen as any form of political commentator or political satirist, I don’t think it’s a coincidence that he does include a fictitious version of the Tory party as shady operatives working to restore a certain version of England that many true life politicians would welcome with open arms and jack boots. Lest we forget, the rise of nationalism and its reappropriation of the iconography and legends of Britain is one of the themes explored in this book. Those of us living through Brexit over the past few years have seen a particularly isolating and nasty image of Britain emerging which many of us cannot recognise as the multicultural and tolerant country we know. Although, there are some within government who may not be the bad guys we assume them to be. I have my eye of the Shadow Secretary myself. A man of duty, but one I suspect may have more of an ethical side to him than others. 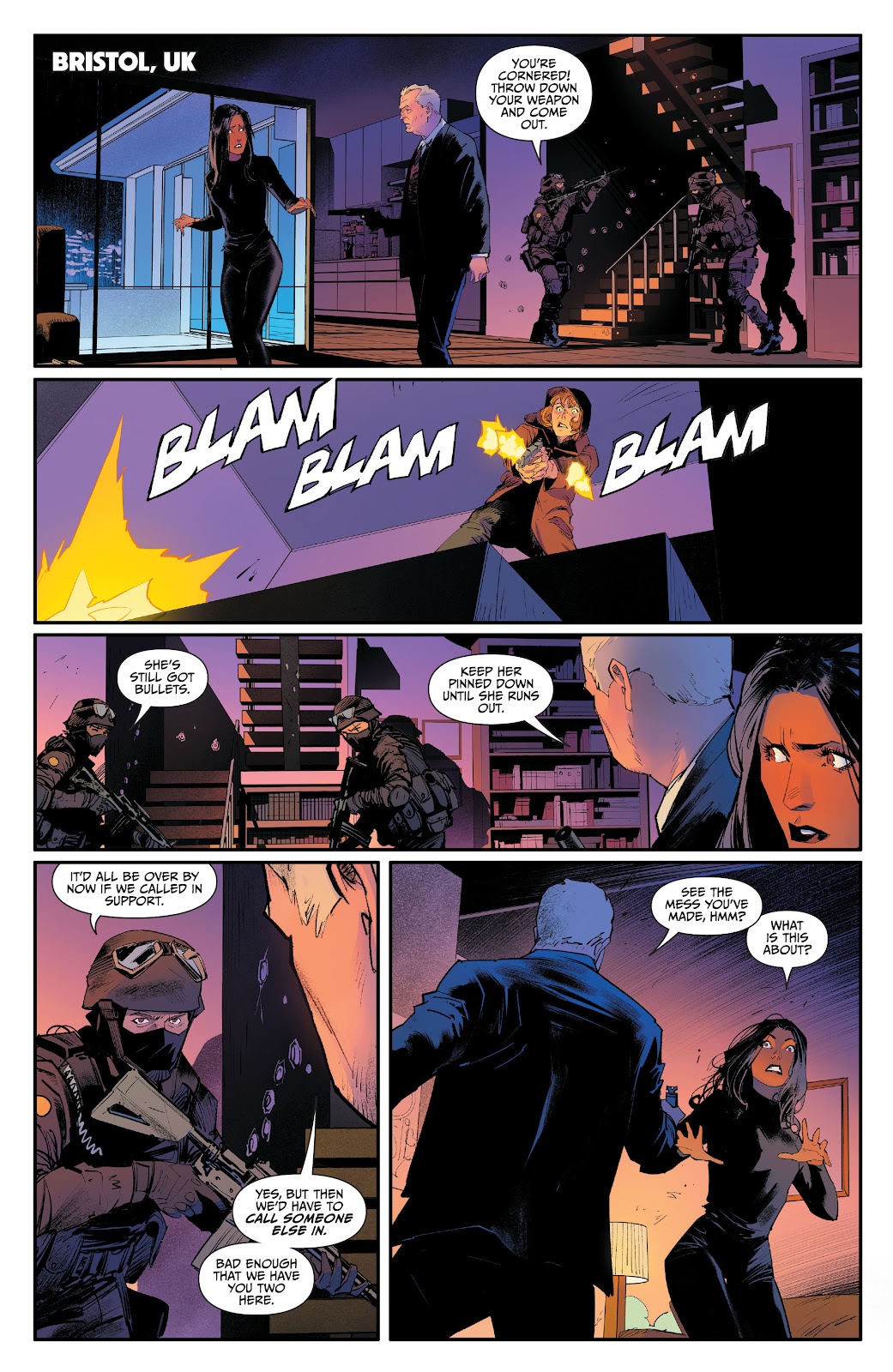 We do get more than a hint at the government’s current interest in Mary, Bridgette and Duncan in a showdown between them and her. Her being Mary, who has no cares for the property of others based on this issue.

The flitting between these scenes and the more fantastical scenes of Duncan and his nan dragon fighting keeps the tension tight and once again the colour at of Tamra Bonvillan keeps the two separated. Meanwhile, dan Mora continues to astound as an artist who can install energy in the most domestic of scene. Although there aren’t too many of those in this issue. But, as with most parallel storylines, there is always an overlap. And when it comes, it brings with it even further problems. Problems to be dealt with next issue.

Once and Future #16 is out now from BOOM! Studios

Check Out More Preview Pages From ‘Power Rangers: Sins Of The Future’