In July at San Diego Comic-Con 2017, publisher IDW will be  honoring the “breadth of Jack Kirby’s imagination, and his unrivaled artistic skill” in a special 100th birthday celebration panel and art show. The show will feature a remarkable  1,300 images of original Kirby art. 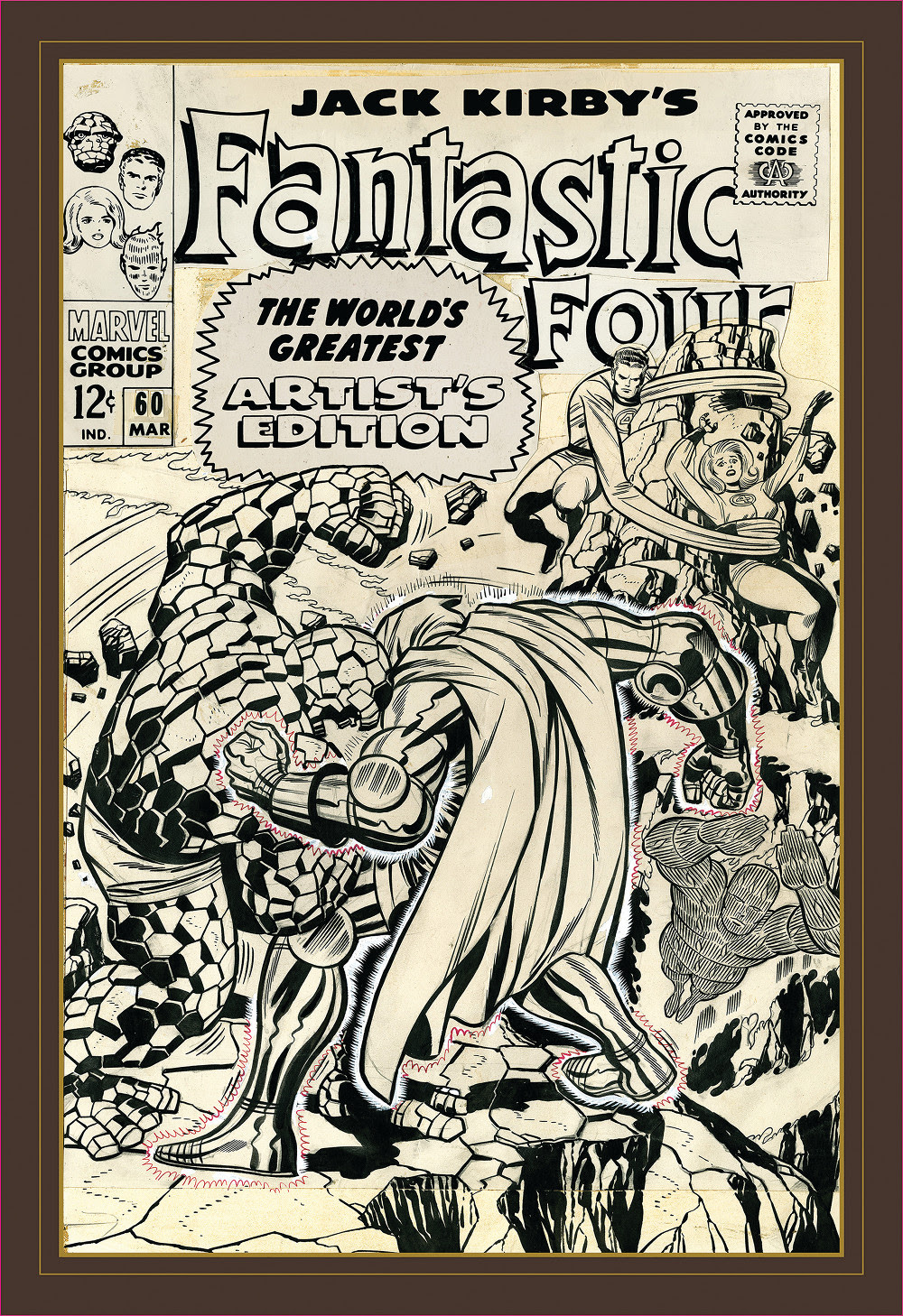 Jack Kirby, the artist and creator or co-creator of characters like the X-Men, Captain America, Silver Surfer, The New Gods, The Avengers, Kamandi, and many more, remains one of the most influential comic artists of all time. His work continues to inspire new media properties across the world and his drawn pages still induce awe in viewers.
This birthday tribute, hosted by IDW President Greg Goldstein, will feature a multi-media display of more than 1,300 pages of Kirby’s original artwork, the largest showing ever staged, selected from the eight Jack Kirby Artist’s Edition books IDW has published, as well as additional not-yet-published pages that will be new to fans.
Greg Goldstein says:

There’s never been a larger or more impressive collection of Kirby visuals in public.

Walter Simonson (Thor, Alien, Ragnarok) and Kevin Eastman (co-creator of the Teenage Mutant Ninja Turtles) will be on hand at the exhibit opening to discuss Kirby’s continued influence. Also present will be IDW PDX Creative Director Dirk Wood and IDW Director of Special Projects Scott Dunbier, the editor of IDW’s award-winning Artist’s Editions series.
Kirby was a prolific artist, penciling 15 pages or more each week. Despite the rate at which he worked, nearly all the pages he left behind are  masterful and well worth examination.

Panel attendees will see hundreds of pieces from Kirby’s tenure at both DC and Marvel, including selections from Fantastic Four, Mister Miracle, Thor, The Forever People, and more, printed so clearly that the whiteout, eraser marks, and blue-line notes are all visible, giving a behind-the-scenes look at some of Kirby’s biggest hits, according to IDW.
The panel will on Saturday, July 22nd, from 1:00 PM – 2:00 PM in Room 25ABC at SDCC ’17. There will also be a special gift for everyone who attends, and  two lucky fans will be leaving with their own Kirby Artist’s Edition.
To purchase any of the IDW Jack Kirby Artist’s Edition books, you can visit your local comic shop or get them direct from IDW right here.
You can also  learn more about Jack Kirby and his amazing legacy by visiting the Kirby Museum at kirbymuseum.org.

Kickstart A New Superhero Universe – Leaders Of The Free World #2

Preview: With The Gang Finally Learn How To Beat The Upside-Down Man In ‘Justice League Dark’ #26?