Hasbro has announced a San Diego Comic-Con Collection Set of action figures based on the comic book crossover series Revolution, which was originally based on action figures from Hasbro, too.
In Revolution, Hasbro properties including Transformers, G.I. Joe, Micronauts, Rom, Action Man, and M.A.S.K: Mobile Armored Strike Kommand, were brought together into one shared universe for the first time.

The popular event series was co-written by Cullen Bunn (Micronauts) and John Barber (Transformers) with  art by Fico Ossio (Revolutionaries). It was supported by multiple tie-in issues, and all of these will be represented in the Revolution toy line.
Artists David Messina (Rom), Tony Vargas (M.A.S.K Mobile Armored Strike Kommand), and Max Dunbar (Micronauts, First Strike) will see their newly designed versions of these toys brought from the pages of the IDW comics and turned into action figures that fans can purchase exclusively at the Hasbro booth (#3329) at SDCC (while supplies last).
IDW’s Editor-in-Chief, David Hedgecock says:

The spirit behind REVOLUTION came from these writers and artists dreaming up their own crossovers by smashing all these toys together in their youth. Now, with this new set of action figures based on the imaginations of these creators, they can start their own revolutions and let the cycle begin all over again! 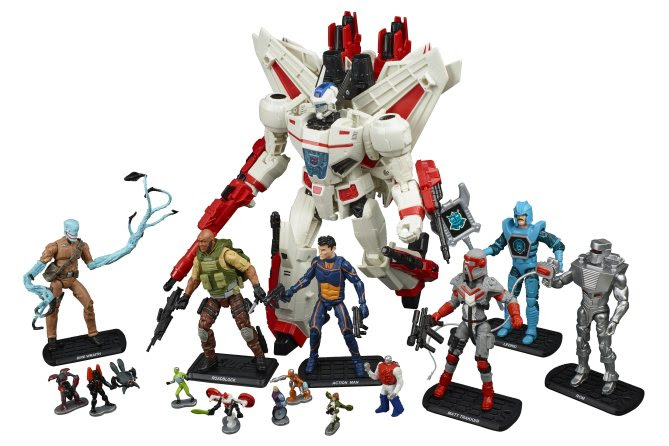 This set will include the first ROM toy in over 40 years, and it’s been over 30 years since the last Micronauts toys were produced, and nearly twenty years since the last line of M.A.S.K. Mobile Armored Strike Kommand toys, according to IDW.
In addition to the action figures, you’ll be able to find Revolution enamel pins based on available at the IDW Publishing booth (#2743) during San Diego Comic Con (while supplies last).
IDW is also gearing up for First Strike, the next major Hasbro comic book event series that once more brings these heroes together to wage war on Cybertron. First Strike begins in August 2017.